Attention deficit hyperactivity disorder (ADHD) has been researched and written about for more than 100 years. There are specific diagnosis criteria and much evidence to show that when people (usually children) are diagnosed earlier they have much better outcomes. ADHD occurs in females and males and some people aren’t diagnosed until adulthood. In those who are diagnosed in childhood it usually lessens as the person gets older. There is also a genetic tendency with the disorder meaning it can run in families.
ADHD is a disorder of higher functioning. What this means is that some processes in the brain work differently. In someone with ADHD completing a task takes a lot more effort. The processes of thinking about it, planning it, starting and finishing it are more difficult.

There are different elements of ADHD and it presents differently in each person. The main features are
Some sufferers may find they have more of certain features than they do of others.

WHAT ADHD IS NOT

ADHD does not occur due to lazy or bad parenting. The ADHD sufferer is not lazy either. They often have to work twice as hard to complete tasks due to the extra effort involved in thinking, planning, starting and finishing. All this extra effort is mentally and physically tiring.

Medication is only part of the treatment process but it is an important part. It does seem paradoxical that medications termed as psychostimulants actually improve concentration and therefore learning ability.
There are different types of medications used to treat ADHD though they work in a similar way. It is important that the dose of medication is decided upon in conjunction with the Doctor and some adjustment may be needed when starting. Some medications are slow release and only need to be taken once daily in the morning for example Concerta and Ritalin LA. Some medications are shorter acting and may be taken in the morning and at lunch time such as regular Ritalin.
An important part of treatment is therapy or treatment for any learning difficulties, speech difficulties, mobility issues etc that may be present. Due to how ADHD occurs in the brain sufferers can also suffer with poor co-ordination, bad hand writing and learning difficulties.

ASPECTS THAT MAY OR MAY NOT AFFECT ADHD

There is no evidence to suggest that food intolerances cause ADHD however in some sufferers high levels of sugar intake, food colourings and preservatives may worsen the symptoms.
In studies of children with ADHD magnesium deficiency has been found in the majority of them. Magnesium helps the brain relax and focus and improvements in symptoms have been found when supplementation with magnesium has occurred. 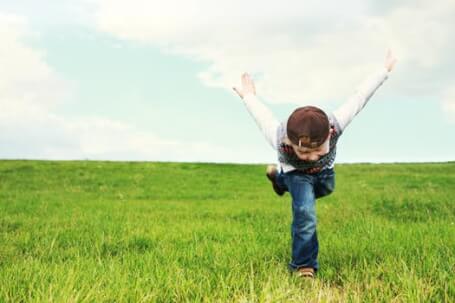