CAN I CRUSH UP MY MEDICINE TO TAKE IT?

There are times when you may be tempted to break up, crush or chew a tablet or other medicine to make it easier to swallow. It is very important that you find out first if this is ok. This should not be done with certain medicines.

Some medicines are designed to be placed under the tongue so that the medicine can be absorbed in to the blood stream from the mouth. The advantage of this type of medicine is that they work pretty quickly as the medicine does not have to wait to get to the gastrointestinal tract in order to work. If a sublingual medicine is swallowed (following crushing, breaking or chewing) it probably won’t work at all.

ENTERIC COATED MEDICINES (EG MEDICINES WITH EC AFTER THE NAME)

CHECK BEFORE YOU ALTER YOUR MEDICINE

Always check with a Pharmacist if it is ok to crush, break or chew your medicine. If this is not possible it is likely there will be an alternative to the medicine you need that is available in a liquid or sublingual medicine. Some medicines that come in tablet form can be dispersed in water and the solution then swallowed. Some medicines that come in capsules can be opened up and the medicine inside can be put on/in food or in water.
There are medications that are suitable for crushing. Some of the medicine is always lost when it is crushed and some of it remains on the device used for crushing. After a medicine is crushed it can be place directly in the mouth, placed in water to drink or mixed with yoghurt, jam or apple puree.
Reference Australian Don’t Rush to Crush Handbook 2017 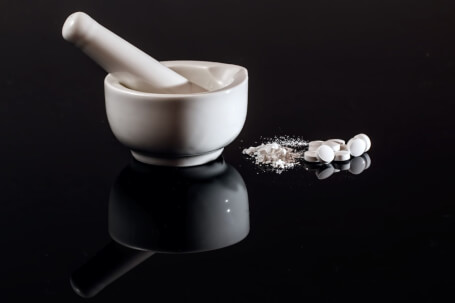