EFFECTS OF LONG TERM ANTIDEPRESSANT USE

The number of people using antidepressants has more than doubled since the 1990’s. Long term use of antidepressants is usually defined as more than three years of use.
It is generally accepted that in someone who has suffered with more than one episode of depression treatment should last for a minimum of six months and in most cases longer. A first time sufferer may wean off treatment after six months.
In nearly all cases of depression seeing a counsellor or psychologist whether you are taking an antidepressant or not is important.

A 2016 New Zealand study asked people who had been taking antidepressants for 3-15 years what their personal experiences of this were. A large number of the people studied (89.4%) said that antidepressants had improved their depression. Withdrawal effects (73.5%), sexual problems (71.8%), weight gain (65.3%), emotional numbness (64.5%) and feeling addicted (43%) were common adverse effects.

Adverse effects of antidepressants or not?

Withdrawal effects and feeling addicted are really just effects from using the medicine. When medicines like these are to be stopped the dose needs to be weaned down to prevent withdrawal effects which are a response from the body to a reduction and then absence of something that it has gotten used to. Personally I think that the feeling of addiction some people report is really the occurrence of withdrawal effects if they forget to take their medication or reduce the dose.
In some cases it can be difficult to determine if effects that are being experienced by someone are adverse effects from a medicine or if they are effects being suffered due to the medical condition that may not be fully treated. An example of this would be weight gain. This could be said to have occurred due to the effects of a medication or it may occur because someone who is suffering with depression that is not fully treated may find eating a comfort and so overindulge.

Benefits of long term use of antidepressants

Obviously absence or reduction in depressive symptoms is the aim here and as stated above the majority of people experience this. Sometimes it takes a trial of a few different antidepressants to get the one best suited to a person.

Risks of long term use of antidepressants

Antidepressant use should be reviewed about every six months. In some people it may be possible to trial reducing the dose of their medicine to see how they go. After the first few days, where a foggy/fuzzy feeling in the head may be experienced amongst other symptoms, it could be decided whether treatment could be stopped altogether to see how the person goes.
If it is decided that someone should continue or restart treatment I think it important to monitor for adverse effects. Using the example of SSRI adverse effects it would be advisable to monitor bone mineral density along with calcium and vitamin D levels to prevent osteoporosis. Sodium levels should be checked along with glucose levels.
Every single person is different as is the response of every single person to medical treatment. Consult your Doctor and Pharmacist and have a home medication review (HMR) to obtain the most benefit from your medical treatment. 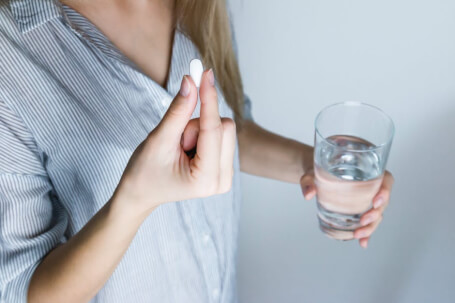