Winter is nearly over! That means spring is almost here and spring means allergies. Or does it? Pollens from plants are more common in spring and this can definitely mean that hayfever symptoms are more common then. Hay fever due to dustmites, animal hair and mould, amongst other things, can occur at any time of year.

otherwise known as allergic rhinitis (rhin = nose, itis= inflammation), include
One way to tell if someone is an allergy sufferer is to look at their nose. If they have a line going across the middle of the nose this is a tell tale sign of allergies. It comes about because the person pushes up on their nose frequently because it is itchy, runny or blocked. I am the owner of one of these nose lines.

WHY DOES HAY FEVER OCCUR?

Our noses use tiny hairs to filter and stop particles from the outside world getting inside our bodies. Hay fever occurs when our body has an allergic reaction to this particle and does all it can to rid it from the body including sneezing and extra mucus production.

Antihistamine tablets, especially the non-sedating ones, are helpful if you have both nose and eye symptoms.
Corticosteroid nasal sprays used to be available on prescription only but are so helpful for nasal symptoms they available over the counter. They are better than decongestant sprays for hay fever and can be used for longer than five days unlike decongestant sprays.
Antihistamine and other allergy eye drops are available. These are helpful particularly if eye symptoms only are being suffered. The eye drops for allergy that also contain decongestants should be used for 5 days only however there are drops that can be used for longer.
In severe cases an antihistamine tablet can be used in combination with a corticosteroid nasal spray. 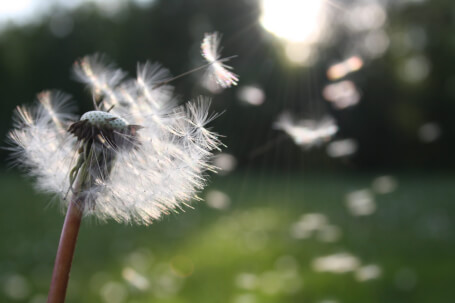