I’M NOT QUITE SURE WHEN IT STARTED BUT I’VE REALISED OVER THE LAST FEW YEARS THAT I DON’T WATCH TELEVISION.

To be totally accurate so far this year I have watched some Australian Open tennis matches and one episode of Better Homes and Gardens and the movie that followed it (Hidden Images- which was awesome).
One night last week I found that I had done all the evening jobs quite early so thought that I would put the tv on to watch something as I just wanted some mindless time out. I scrolled through the guide once then twice. There was absolutely nothing that I wanted to watch at that time or later in the evening so I turned it off. This was not the first time over the last couple of years that that has happened and so I rarely bother anymore.
I used to watch tv on Sunday nights while doing the ironing but I have replaced this with talking with my children about the weekend and what is coming up that week. I have absolutely no interest in reality shows and there seems to be so many of these that trying to find something else is a waste of time.

WHO WANTS TO WATCH THE NEWS?

I certainly don’t. I don’t need to be reminded of sad and depressing things every day. If something major happens I find out via the radio on my short drive to work or from someone I come in contact with during the day talking about it. I used to feel a bit guilty about not wanting to watch the “news” however abstaining from this is one of the tips I have from the current audiobook I’m listening to in the car “The 4 hour work week”.
I remember hearing once that television programming is called programming for a reason. Television shows and advertisements are structured in a way to encourage the viewer to think and act in a certain way and buy the products that are advertised. Television watching is akin to brain washing.

TELEVISION IS A GREAT TIME WASTER.

There are so many things that could be done in the time that is spent watching it. There are a few times that I have heard of a great documentary or show that I have been able to view at a later date thanks to todays technology.
I haven’t stopped my children from watching television but it is something they rarely do. There have certainly been times when one has watched too much Netflix and another has spent too much time playing games. Asking if anyone wants to play a board game is a good way to stop the screen time excess in my house.
SOMETHING THAT I AM KEEN TO GET BACK IN TO NOW IT ISN’T SO HOT IS HAVING A WALK TOGETHER AS A FAMILY AFTER DINNER ON THE NIGHTS THAT WE CAN AND/OR PLAYING A BOARD GAME. WE GET MUCH MORE OUT OF THIS IN THE FORM OF EXERCISE, TOGETHERNESS AND FRESH AIR THAN WE DO FROM SITTING STILL ON THE LOUNGE GETTING BRAINWASHED. 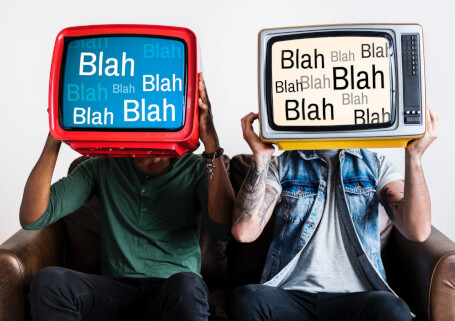