IODINE IS IMPORTANT IN PREGNANCY

Most women know that it is important to take folic acid before and during pregnancy. A recent Western Australian study found that not as many women know the importance of ensuring adequate iodine levels in pregnancy.
Almost as important as ensuring adequate levels during pregnancy is ensuring enough is being taken before pregnancy.
It was discovered that only about a quarter of women supplemented with iodine prior to pregnancy whereas 66% used an iodine supplement while pregnant. This number is similar to other Australian states.

Iodine is needed to make thyroid hormones. Thyroid hormones are important in the development of most organs before and after birth.
More than 50% of Australian women studied did not know what effect the lack of iodine could have on their babies.

Women who are considering pregnancy or who are pregnant or breastfeeding should take 150 micrograms of iodine daily.
Iodine is contained in pregnancy multivitamins.
Some of you may know that iodine has been added to non-organic bread since 2009 due to low levels of iodine in the population.
Table salt is also iodised to increase iodine intake. Salts such as Himalayan salt and sea salt contain many minerals however table salt only contains sodium with added iodine in most cases.
Reference
Source: Hine, T., Zhao, Y., Begley, A., Skeaff, S. and Sherriff, J. (2018), Iodine-containing supplement use by pregnant women attending antenatal clinics in Western Australia. Aust N Z J Obstet Gynaecol. doi:10.1111/ajo.12785 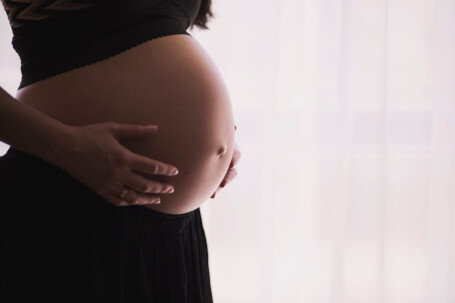