Codeine is a medication that is available over the counter in combination with paracetamol, ibuprofen or aspirin. Codeine belongs to the group of medicines called opioids. All other opioid medications are available on prescription only. From February 2018 codeine will also be available on prescription only. This is because many people have developed a dependence on codeine and often misuse it. Over the counter codeine was only ever intended for short term use but many people use it excessively with sometimes dire consequences.

WHEN CAN CODEINE BE TAKEN?

Codeine can be used to treat pain that is not effectively controlled with paracetamol or ibuprofen or both of these together. As codeine is not available over the counter on its own it is taken in combination with paracetamol, Ibuprofen and sometimes aspirin. Codeine can also be used to stop coughing and stop diarrhoea.
Codeine products are not available without consultation with a Pharmacist as there are many precautions with its use.

WHEN SHOULD CODEINE NOT BE TAKEN?

As codeine can make you drowsy it should not be taken if you are about to drive or operate machinery etc.
Codeine should not be taken in breastfeeding or by children under 12 years unless advised by a specialist.
Codeine should be avoided or used cautiously in people who have asthma or other breathing conditions and gastrointestinal conditions.
It should be used short term in people taking certain medications such as antidepressants.

HOW TO TAKE CODEINE

Drowsiness, dry mouth, nausea and vomiting, constipation and difficulty breathing are the most common side effets.
Dependence can occur whereby someone who is using the medication frequently will experience withdrawal symptoms if they stop using it suddenly. These withdrawal symptoms include diarrhoea, nausea and vomiting, sweating and feeling anxious.

Taking codeine long term is not recommended for several reasons. Side effects and dependence are two reasons. Interactions with other medicines are possible.
It has also been discovered that continued use of codeine changes how pain is perceived in our brain and can actually make pain worse if it is taken regularly. It is suggested not to take codeine for more than three days in a row. 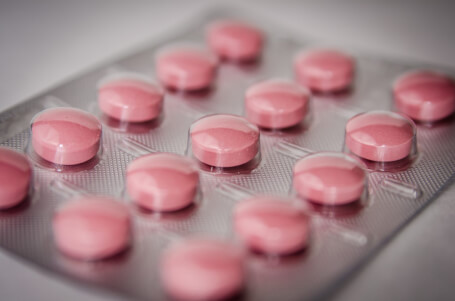