MEDICATIONS CAN CAUSE NUTRIENT DEFICIENCIES

FEBRUARY 12, 2018
I’m really excited to have received this book I ordered today. It is a great reference for medications and the nutrient deficiencies they can cause as well as how to treat them.
This is an area of medication use that I am passionate about and I look forward to further study and posts in this area. I hope to be able to help those of you who may be suffering with deficiencies that you are not even aware of.

As a Pharmacist I know how important, and often lifesaving, medications are. Antibiotics, epilepsy medications, insulin for diabetics etc save lives.
A problem with taking some medications is that even though they treat illness they can also cause undesirable effects. Side effects of medications can range from mild and short lasting to more severe and longer lasting.
Nutrient deficiencies are a side effect from taking some medications. There have been many studies and reports on this however it is not something that is taken in to consideration very often when people present to their Doctor or Pharmacist to ask about symptoms they are suffering with.

MEDICATIONS THAT CAN CAUSE NUTRIENT DEFICIENCIES

Some commonly used medications that can cause nutrient deficiencies include;
It is likely that someone who takes prescription medicines is taking at least one medicine from the list above.

SYMPTOMS THAT MAY BE CAUSED BY NUTRIENT DEFICIENCIES

It is possible that some diseases, symptoms and conditions could be caused by nutrient deficiency. Examples include;
The list goes on.
Next week I will start discussing nutrient deficiencies that can arise from commonly used medications. 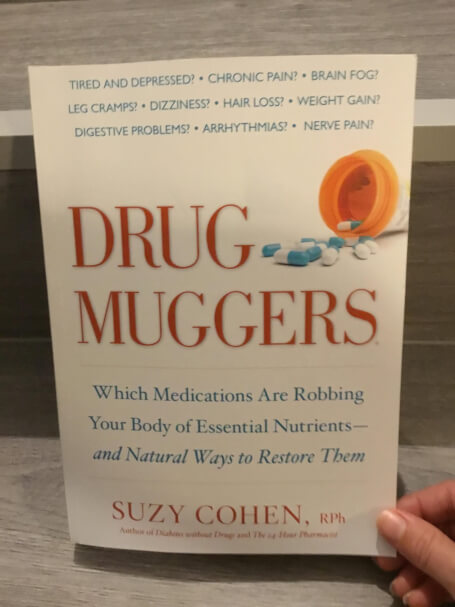