MEDICINES FOR DEPRESSION CAN BE AFFECTED BY

There are several different groups of medicines used to treat depression. There are selective serotonin reuptake inhibitors (SSRI’s), tricyclic antidepressants (TCA’s) and other antidepressants that don’t fall in to these groups.
SSRI’s are the most commonly used group of antidepressant medicines. Examples of these medicines include paroxetine, fluoxetine, sertraline, citalopram and escitalopram.
TCA examples include amitriptyline, doxepin, clomipramine and nortriptyline.
As well as treating depression antidepressants are used for anxiety, panic attacks, incontinence and hot flushes amongst other uses.

Whether caffeine is consumed from coffee, tea, soft drink or even chocolate (which has a bit of caffeine) it can be a problem with the SSRI’s. The combination can cause anxiety, difficulty sleeping and feeling jittery.

Some antidepressants can cause weight gain. Eating a healthy diet will help to prevent this as well as help with feelings of depression and anxiety.

Codeine and other opioids

Strong pain medications like codeine and other opioids are a problem with antidepressants because they too increase serotonin levels which can be very dangerous. The dose of pain medicines needs to be monitored by your Doctor to make sure serotonin syndrome doesn’t occur from levels that are too high. 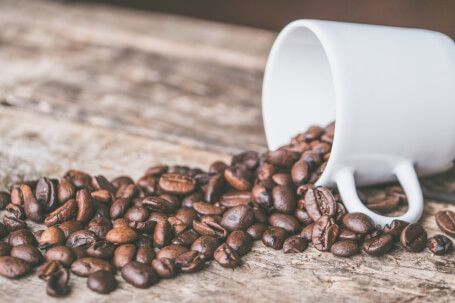